Are BEVs better than ICVs ?

Are electric engines better than combustion engines? Find a comparison .......

Every year 3 million new vehicles are registered in Germany, despite the fact that the figures for BEVs were only less than one million at the end of 2022. How good are BEVs, how much CO2 is really produced, what do 30 million BEVs in 2030 mean for our energy system, what will happen to the old batteries and what about energy consumption, compared with an ICVICV – internal combustion vehicle.

electric: Of the 100 % energy used in the electric vehicle, up to 73 % is actually used to move the vehicle.
hydrogen: In the case of hydrogen propulsion by fuel cell, only 22 % of the energy used would arrive in the actual movement – the main reason for this being the complex process by which the hydrogen could be used as a fuel in the first place.
internal combustion enignes: For combustion engines, the balance looks even worse: Just 13 % of the total energy used will effectively end up in the movement of the vehicle. Most of the energy used is converted into heat instead of propulsion.
This means that an electric car can drive 5,5 km with the same energy that a combustion engine needs to drive 1 km.

How high is the CO2 pollution during operation of electric cars?

In Germany, 50% of electricity is generated from coal and gas, so emissions are also produced by fully electric vehicles. How high are these compared to a classic combustion engine? Comparison using the example of a 2-litre VW with 280 PS, and a Tesla Model 3 with a 58 kWh battery and 325 PS.
Based on the manufacturer’s specifications, the Tesla would consume 14.3 kWh of electricity per 100 km. (However, according to the ADAC: about 20 kWh per 100 km). This means that the Model 3 produces just under 5 kg of CO2 emissions per 100 km, assuming that 50 % of the electricity is currently generated from non-renewable sources.
According to the manufacturer, the VW has a petrol consumption of 7.2 litres per 100 km. Even with the manufacturer’s specification, the CO2 emissions for the combustion engine would be 20 kg of CO2 per 100 km. Thus, even with current electricity production, which does not yet rely on 100 %t renewable energy sources, an BEVBEV – battery electric vehicle; pure battery electric cars would still be four times more climate-friendly than a petrol car.

Who causes more emissions in production and life cycle?

BEVs have a larger emissions footprint during production than internal combustion vehicles. This is mainly due to the high energy demand for battery production. Compared to the VW example, the production of the Tesla causes about as much additional Co2 emissions as 18 thousand km of driving with the VW. But in the course of the life cycle, this “emissions burden” is slowly reduced compared to internal combustion vehicles.
Comparison of VW and Model 3: assumed life cycle of 16 years, each with 230,000 km mileage.
Resulting emissions balance
– VW: 50 tonnes of CO2
– Tesla: 18 tonnes of CO2 (stil with with 50% electricity from coal and gas)

Remarks:
– The indirect emissions from fuel production, which according to [2] are of approximately the same order of magnitude as the direct emissions, were not taken into this account.
– The possibilities of recycling were also not considered. Here, both raw material recycling and the topic of ‘second life‘ as a stationary energy source are asking for potential.

What does our energy system do ?

By 2030, 15 million BEVs should be on the road in Germany, i.e. approx. 1.8 million new BEVs must be registered per year. For the electricity demand this means approx. 40 TWh additional (current approx. 500 TWh needed in Germany, that means for the BEVs only approx. 8% more ernergy are required). If we consider a single household, a BEVBEV – battery electric vehicle; pure battery electric cars consumes approx. 2700 kWh per year (this corresponds roughly to the annual consumption of a 1-2 person household).
Rule of thumb: 1 million BEVs ~ 3TWh energy.
In addition, V2GV2G stands for “Vehicle-to-Grid”. It is a technology that ma… offers possibilities for optimising the energy grid (see also article: V2G – Vehicle-to-Grid: All you need to know)
This means that with intelligent use and integration into the energy distribution grid, the 8% additional load from the 15 million BEVs in 2030 would be possible.

What is the practicality?

When BEVs are charged at home, 100 km cost about 6 euros (20 kWh per 100km at 30 cents per kwh). With a fast-charging station from Tesla, for example, it would be about 18 euros. An ICVICV – internal combustion vehicle with a consumption of 9 liters per 100 km also costs about 18 euros. In the future, however, petrol will tend to become more expensive.
Today we have 15000 petrol stations and 28000 charging stations, but ICVs have a much greater range than BEVs. However, the ‘refuelling behaviour’ will also change, as ICVs are usually filled up and driven empty, while BEVs are recharged more often and regularly. for this, the number of charging stations must be increased significantly.

What about the higher fire risk?

The fire risk with a BEVBEV – battery electric vehicle; pure battery electric cars is no higher than with an ICVICV – internal combustion vehicle.
For example, around 3.5 percent of all hybrid cars sold in 2021 fell victim to a fire. For internal combustion cars it was 1.5 percent and for electric cars only about 0.03 percent caught fire. This means that the risk of a car fire is highest for conventionally powered vehicles.
However, extinguishing fires is more difficult and the amount of extinguishing agent required is higher.

And what about the hybrid vehicles?

Full hybrid vehicles save 5-10% fuel and can drive ~ 20km fully electric, but will not contribute significantly to climate neutrality.
Plug-in hybrids drive 60-100km fully electric, but carry a heavy battery that significantly increases consumption. The aim here is to reduce fleet consumption (manufacturer specifications of 2l/100km or similar are difficult to achieve in reality and have a large CO2 footprint).

Motivation
Within the scope of the EU’s climate protection goals, certain emission limits apply to road traffic; compared to 2021, these are to be reduced by 37.5 % by 2030. 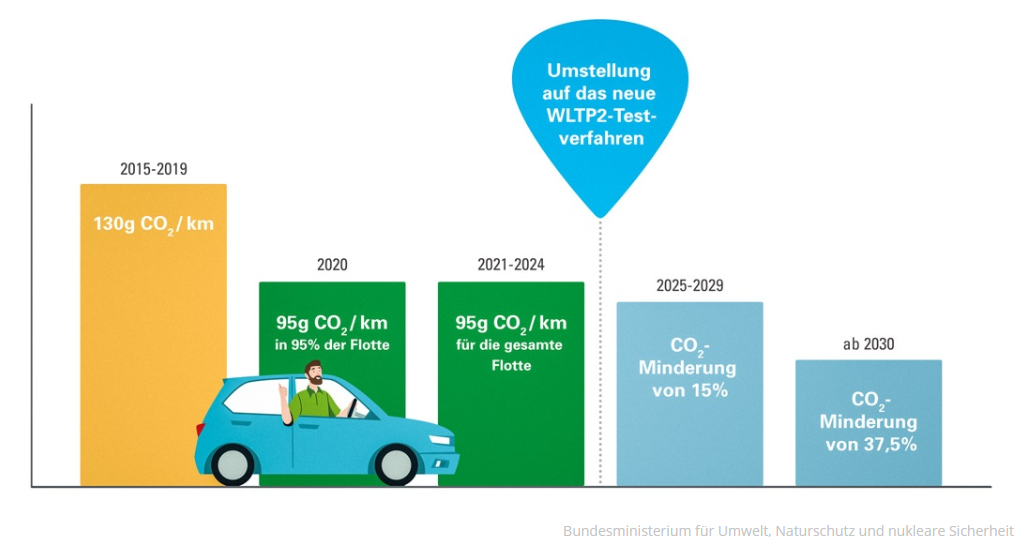 BEVs are as clean as the electricity they run on
BEVs are environmentally friendly and therefore essential for a climate-neutral future. It is true that they start life with a minus in CO2 emissions due to the energy-intensive production of the battery. This minus is amortised all the more quickly the cleaner the operating electricity is produced. Due to the German electricity mix, which still contains a large share of coal, the situation is not ideal. Nevertheless, an electric car already produces significantly less CO2 over its entire life cycle than a combustion engine. The expansion of renewable energies will increase the climate advantage even further in the future.

– The total life-cycle emissions of hybrid and electric vehicles are reduced by up to 89 % compared to internal combustion engine vehicles.
– Modern battery recycling techniques can counterbalance the production emissions by about 60 % to 65 %.
– Vehicles powered by renewable fuels, such as compressed biogas, have a similar climate change impact as electric vehicles.
– The vehicle life-cycle emissions increase relative to the vehicle curb weight and peak motor power. 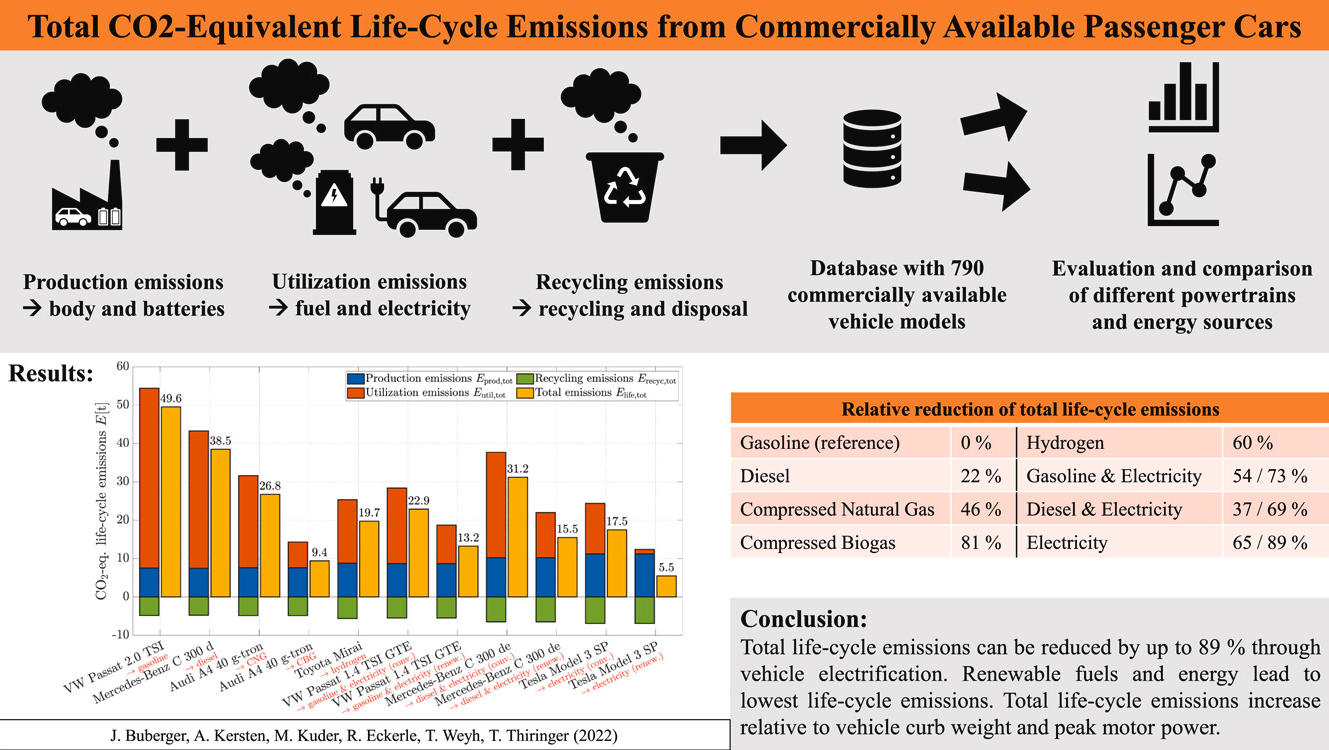 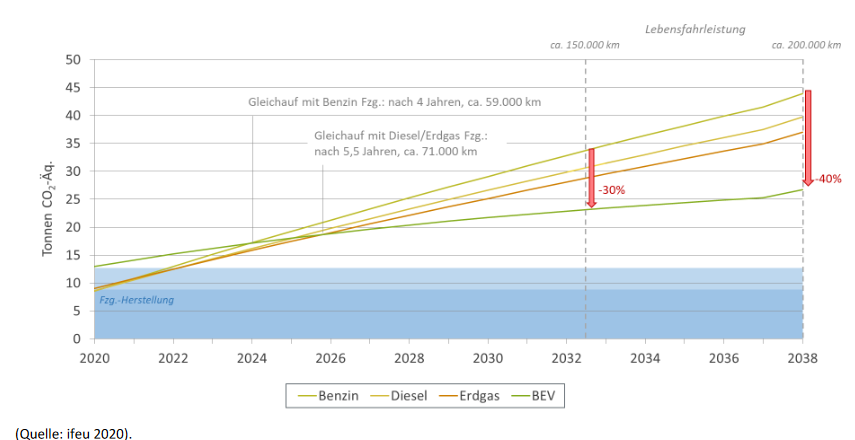 Comparison of greenhouse gas emissions of different vehicle types over mileage (new registrations in 2020, compact class) Note: Emissions from vehicle production are already integrated at the beginning of the mileage (2020) (blue area). The End-of-life emissions are added in the last year (2038) of the mileage shown.

Interesting articles for you

The S-OTP (secure on-board telematics platform) is still under discussion. Although it has lost some ground next to the Data Act approach presented in February 2022 by the EU Commission, it should still be known as an alternative solution.

5G – That you should know

5G refers to the network of the fifth mobile phone generation and is thus the direct successor to LTE or Advanced LTE (4G) and UMTS (3G). The standard will change many things thanks to much faster data transmission, real-time communication, increased networking in the

How do we get a handle on complexity? Assistance overload - curse or blessing -

Catena-X – for a high-performance automotive industry in Europe

More than 1.2 billion dollars for development and production – an overview 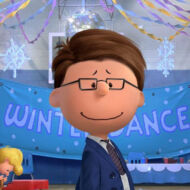 From here you have full control over your profile

Log in / Register
Q
Manage Cookie Consent
To provide the best experiences, we use technologies like cookies to store and/or access device information. Consenting to these technologies will allow us to process data such as browsing behavior or unique IDs on this site. Not consenting or withdrawing consent, may adversely affect certain features and functions.
Manage options Manage services Manage vendors Read more about these purposes
View preferences
{title} {title} {title}